Just over a week ago I started this project. Finding an hour or so everyday to do this project is already proving a little tricky, although I have discovered that some days I have more time to get some ideas down on paper, which helps on the days when I’m struggling…

So this week, lets have a look at what I’ve managed to do: 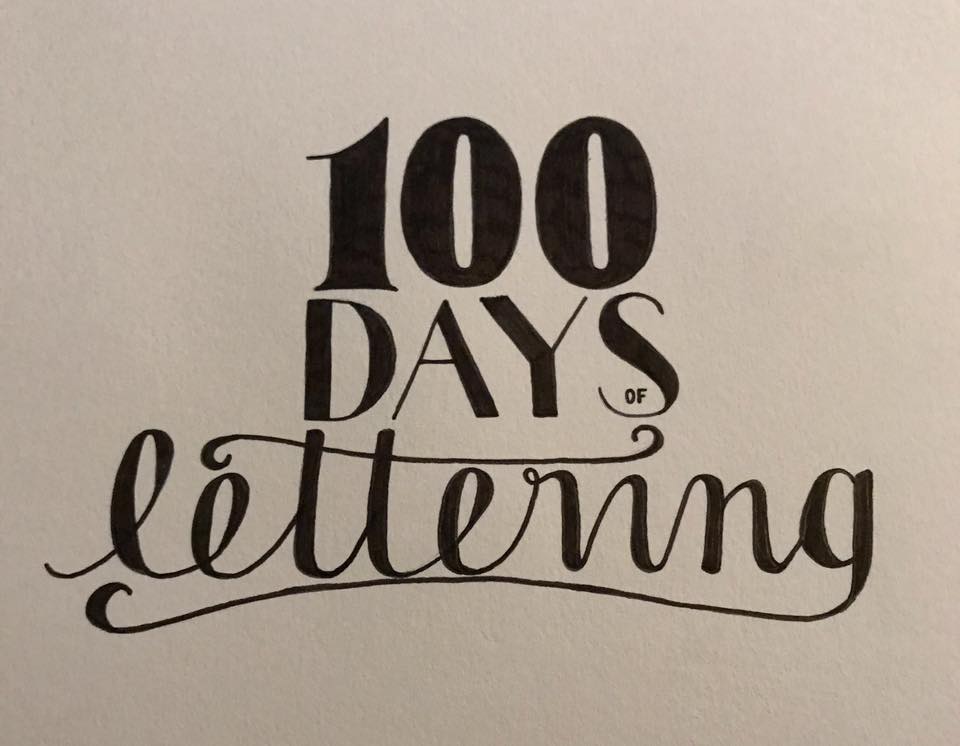 Pencil sketch (I have a lovely mechanical pencil, 0.5mm, Faber Castel) on cartridge paper, with clack marker over the top. I took my time with this one, drew the design out, edited, traced and re-drew in pencil, before going over with marker. The marker was a little thick and I struggled a bit using it, but overall I am quite happy with the design. The word ‘lettering’ isn’t quite as balanced as I would like, so I may go back and revisit this one. But overall, I enjoyed doing this and I think for one of my first designs in a while it looks pretty good. 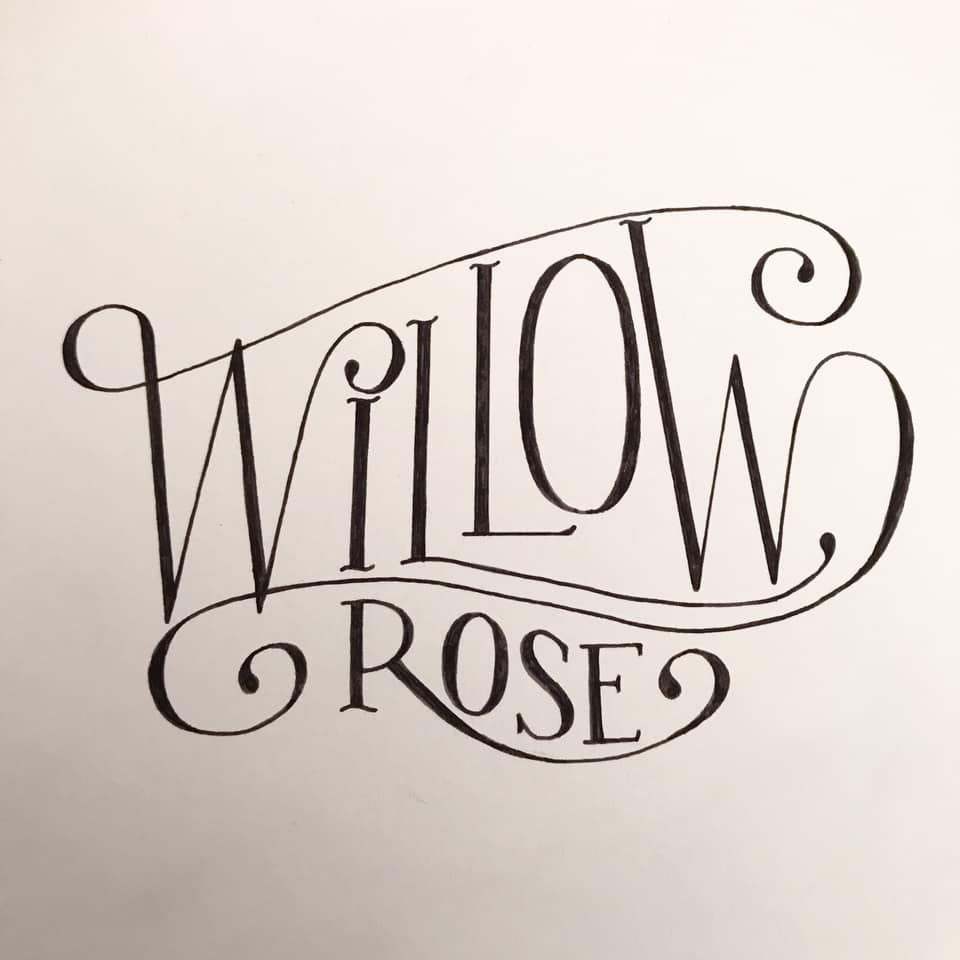 I loved doing this one, again another sketch, trace, re-draw, but this time I used a different thinner fineliner. This fineliner is easier to draw with, although it is still not as tidy as I would like. This looks slightly unbalanced to me, the ‘Rose’ part in particular, and I think again, I’ll go back to this and keep editing until I’m happier. 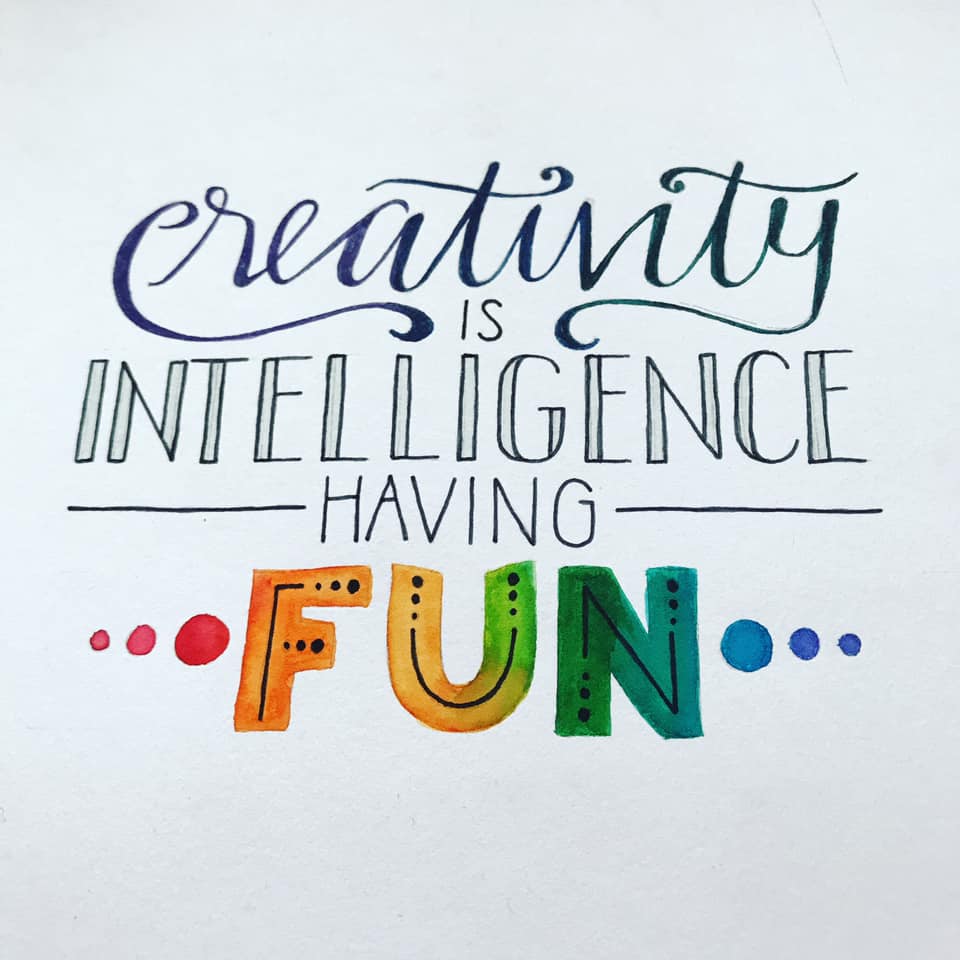 I had a migraine last week, and this was due on the first day of it. I had drawn this out as a sketch a few days before when I first decided to do this project, and instead of tracing and editing, I just inked over it with a fineliner, and my Arteza Watercolour pens. I wanted to have a go with them as I hadn’t used them for lettering, so this isn’t as tidy as I would have hoped. I also wanted to do something different with the word ‘fun’ but I didn’t have a lot of time so this is a little rushed. But a good experiment with different pens. 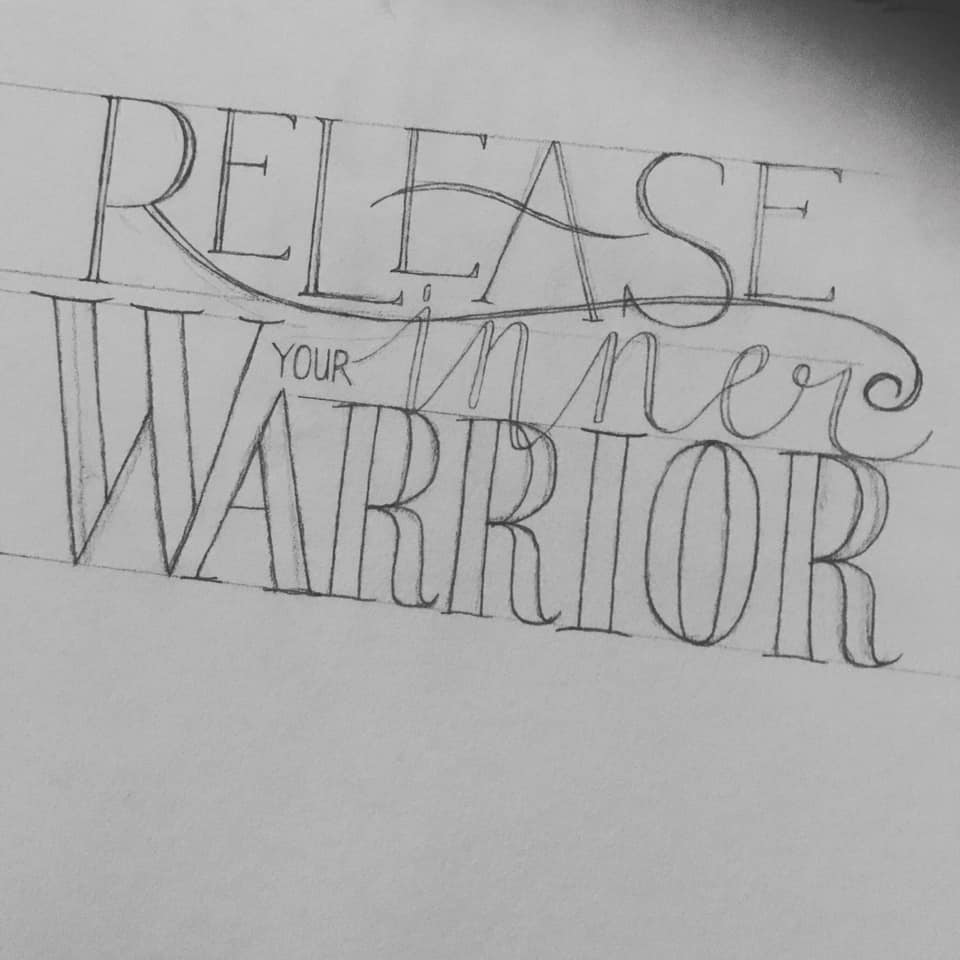 My headache was still pretty bad, and I had a busy day again, so I re-drew an old design, editing slightly. I have a few versions of this in pencil now, so I’m looking forward to going back to this and finalising the design. I thoroughly enjoyed this, despite my head, and I am pleased with the direction it’s going in. I need to work on the flourishes, and the spacing, and have a think about the finish, but it’s coming along nicely! 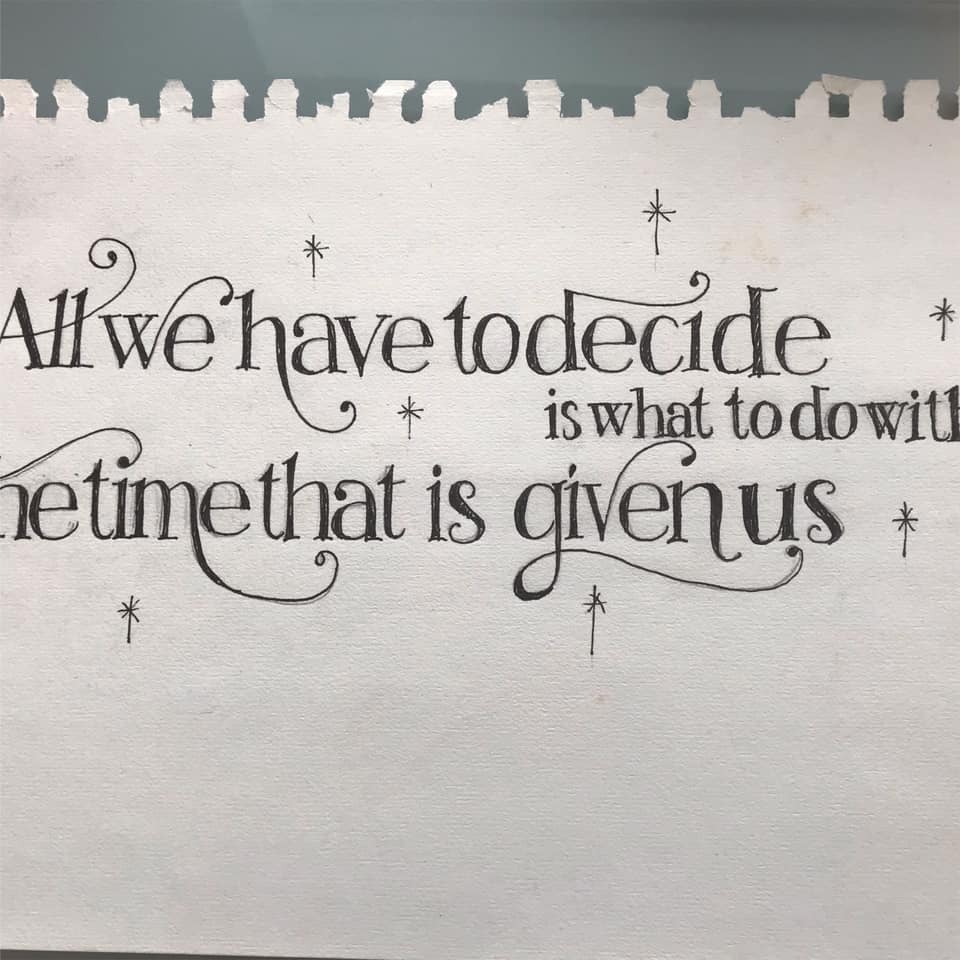 A pencil sketch with a normal B pencil, on sketchpad paper, with black fineliner over the top. Again, an old sketch that I have inked, I think this needs some more editing but I like the idea. I have some ideas for the final execution of this – away from white paper and black ink, so hopefully I’ll get to this soon. 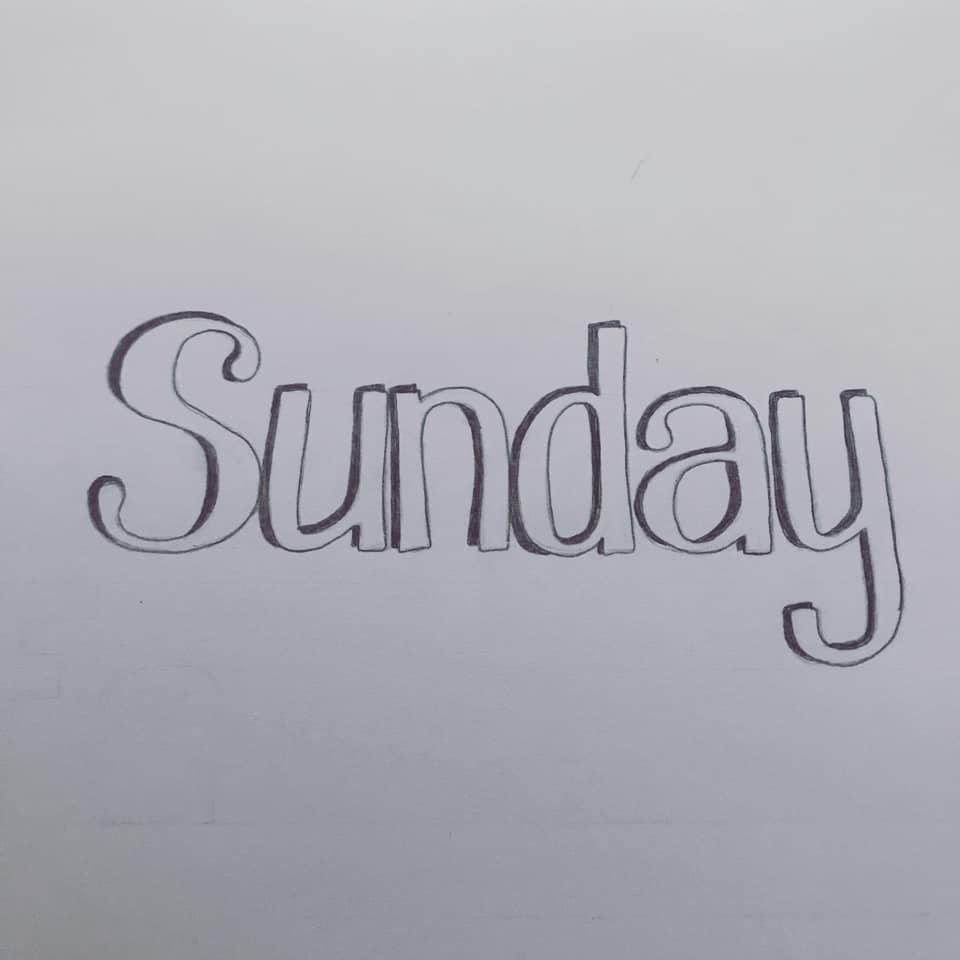 A really quick one for Saturday, confusingly I wrote Sunday… this was a few sketches for the weekend as we were out and about and I wasn’t sure if I had a lot of time. As it turned out I didn’t have much time, and this was a basic sketch, playing around with shadows. Not overly happily, but managed to get something down on paper! 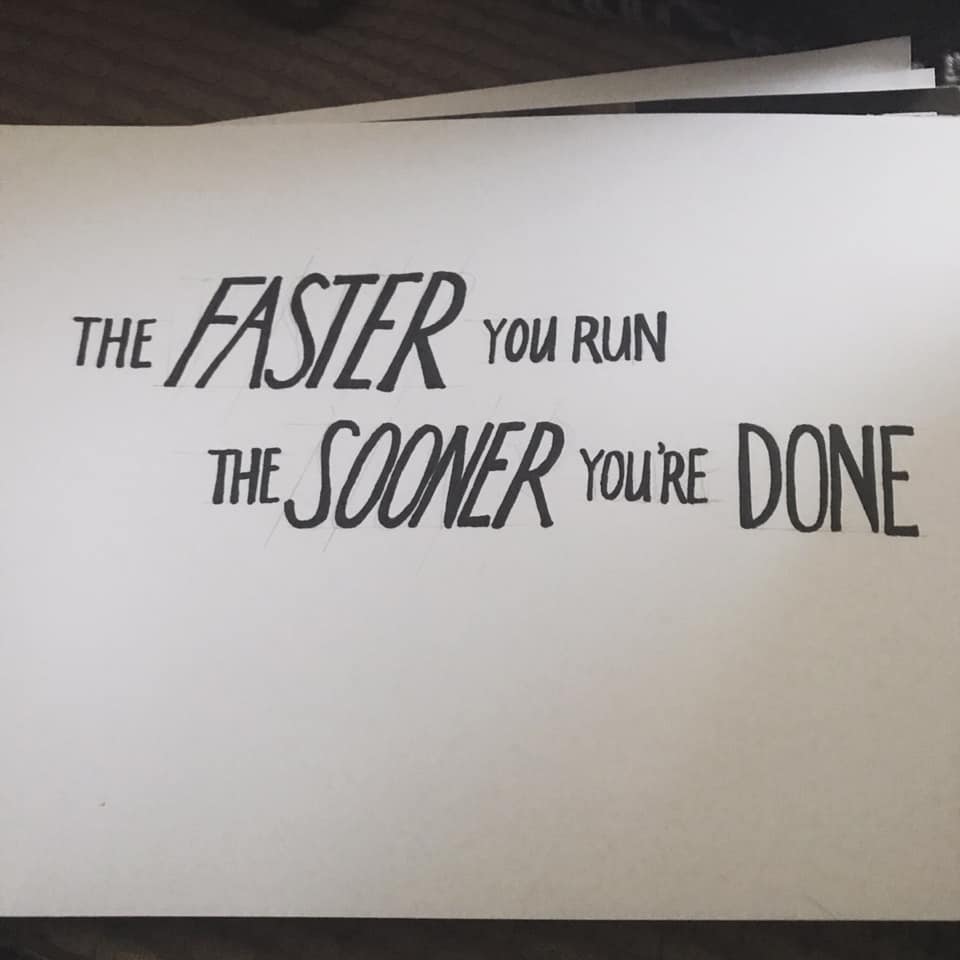 I should have left this in pencil…! The pen I used is a brush pen from a set I bought ages ago. It bled on the page, and the tip was thick and not easy to use. The paper was not great either, so all in all not a great combination. However, I learnt a lot doing this, so I wanted to use it for that day’s drawing. I found the slanted text harder to draw than I thought it would be. And I won’t be using that pen again…

I feel I have identified some weaknesses this week, and the sort of designs that I enjoy and are better at… I have picked up some supplies and tutorials for Calligraphy so I’m hoping to incorporate a bit more of this next week… we’ll see! I have a few pieces coming up as well, so there will be some personal art pieces, and some work hopefully coming up soon!