Some old stuff and some new stuff this week… 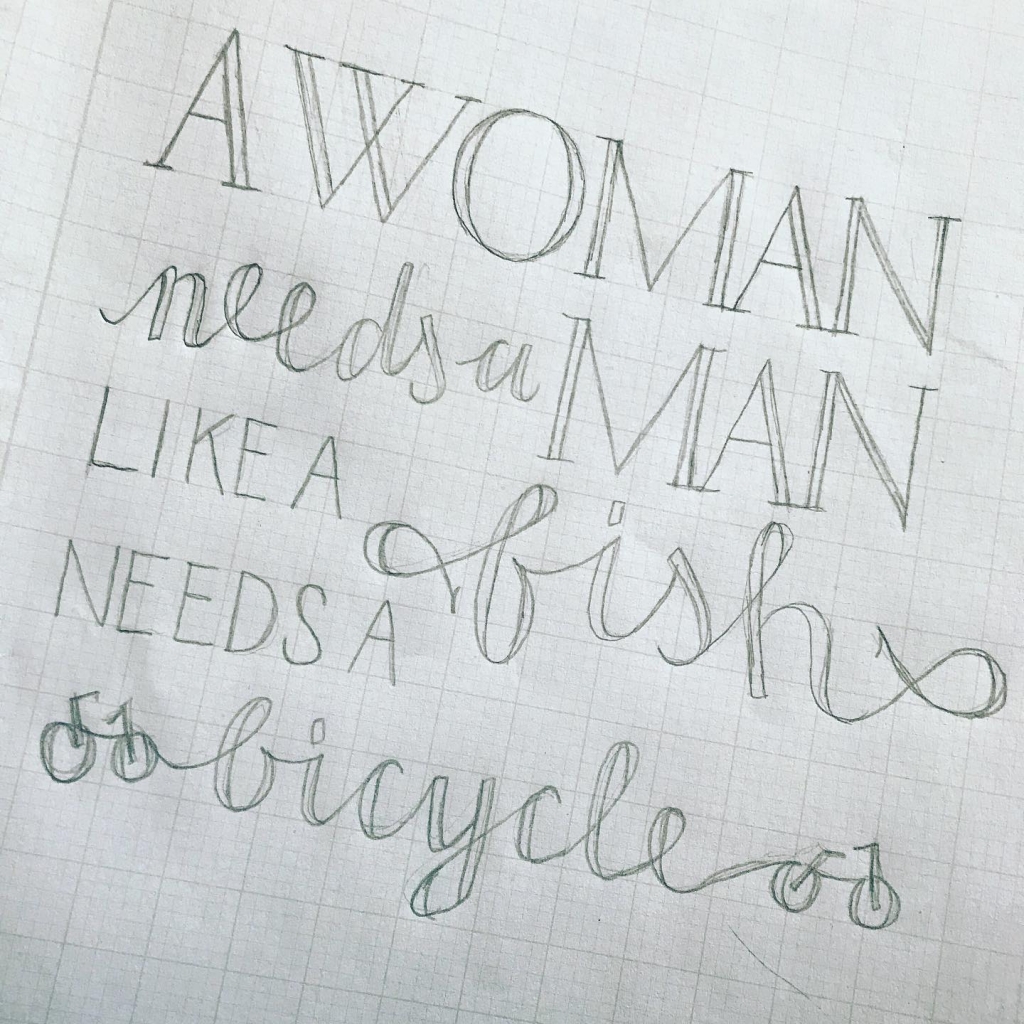 Another feminist quote for a possible set of prints… and a nice practice with serif capitals. Pencil on grid paper. 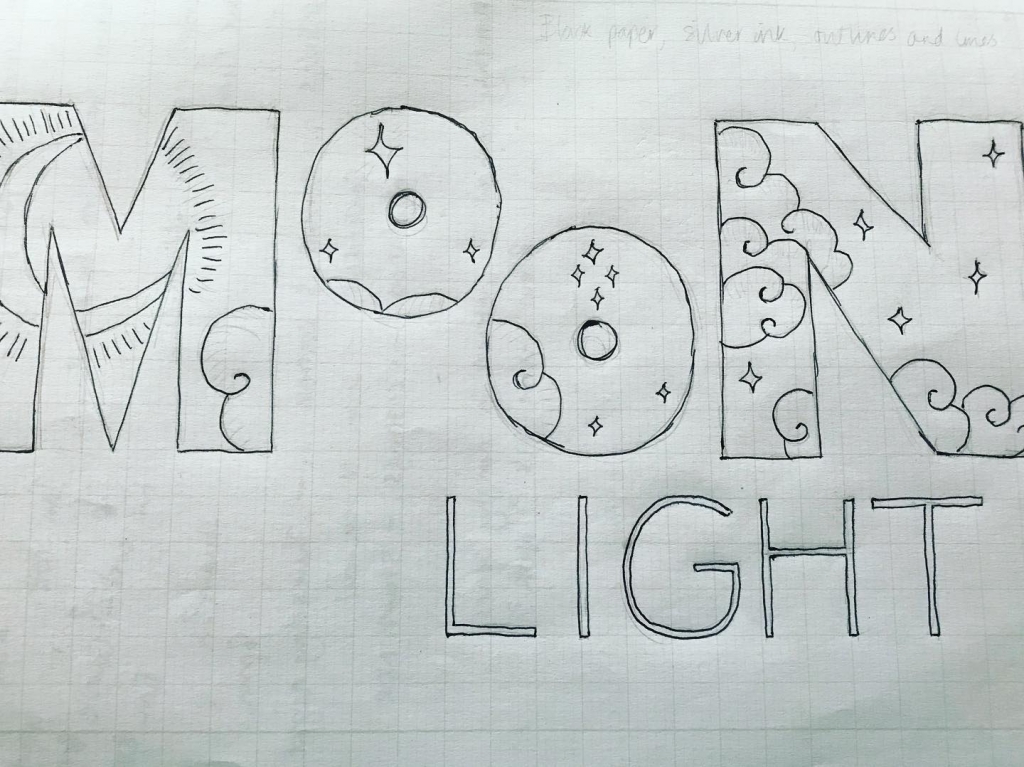 This one was another one from our camping trip – I had an idea about negative space, gold and silver ink and black paper, but only had pencils, biros and my grid pad with me… so here’s a rough sketch of something I hope to mock up soon. Biro and pencil on grid paper. 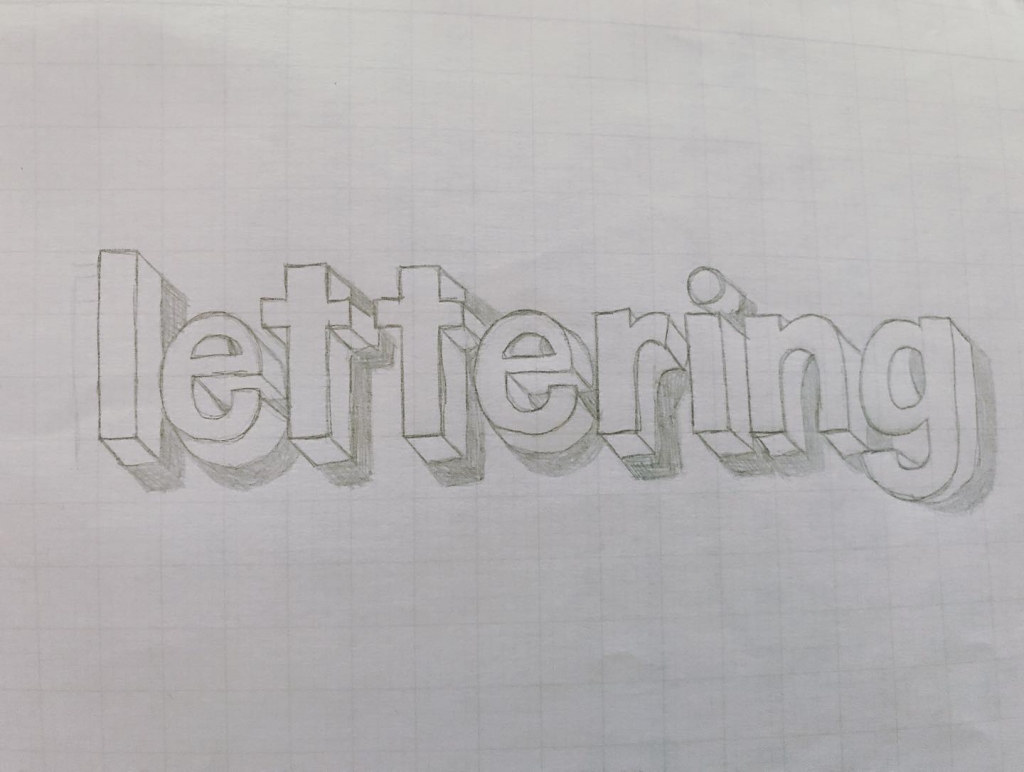 Not a lot of time this day as we were back from camping and catching up with washing, emails and showering… This was a bit of doodling, practicing 3D lettering and shadows, trying to work out what looks right and what looks wrong… Pencil on grid paper. 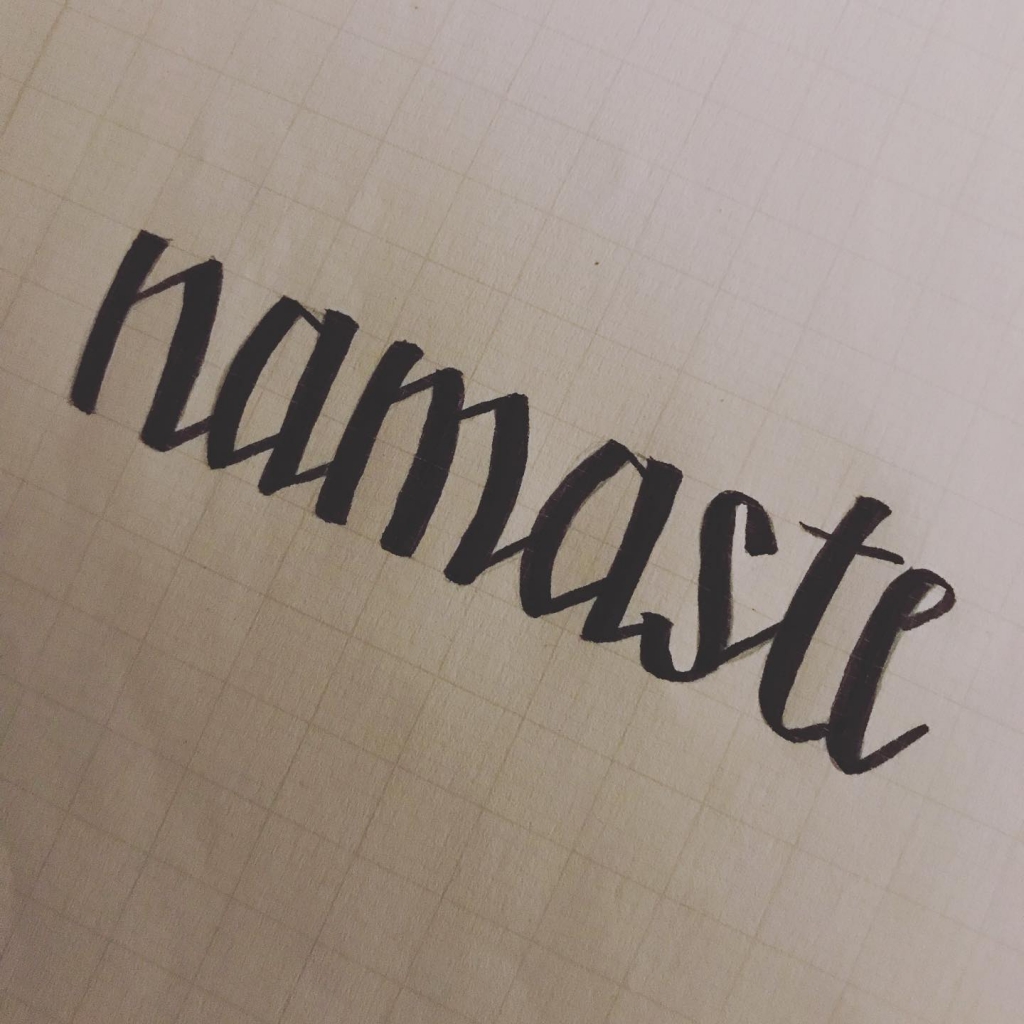 Again, a little short on time so I thought I’d sit and do some brush pen calligraphy with the Arteza watercolour pens. Practicing some letter forms and pen control… Brush pen on grid paper. 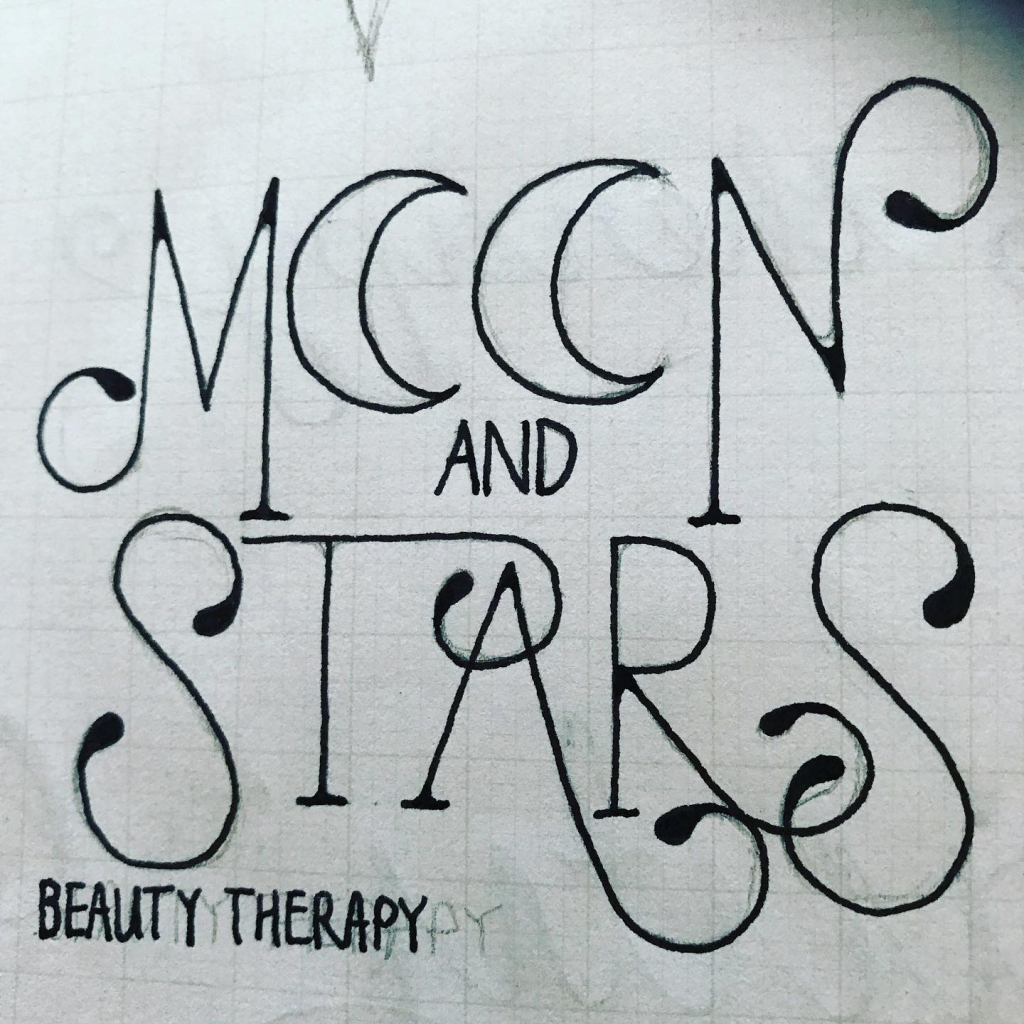 I have been looking through some old sketchbooks and came across some designs I’d sketched for this beauty salon. This is a rejected idea, but I really liked the letters, so I decided to re-draw and tweak as a little exercise… Black fineliner on grid paper. 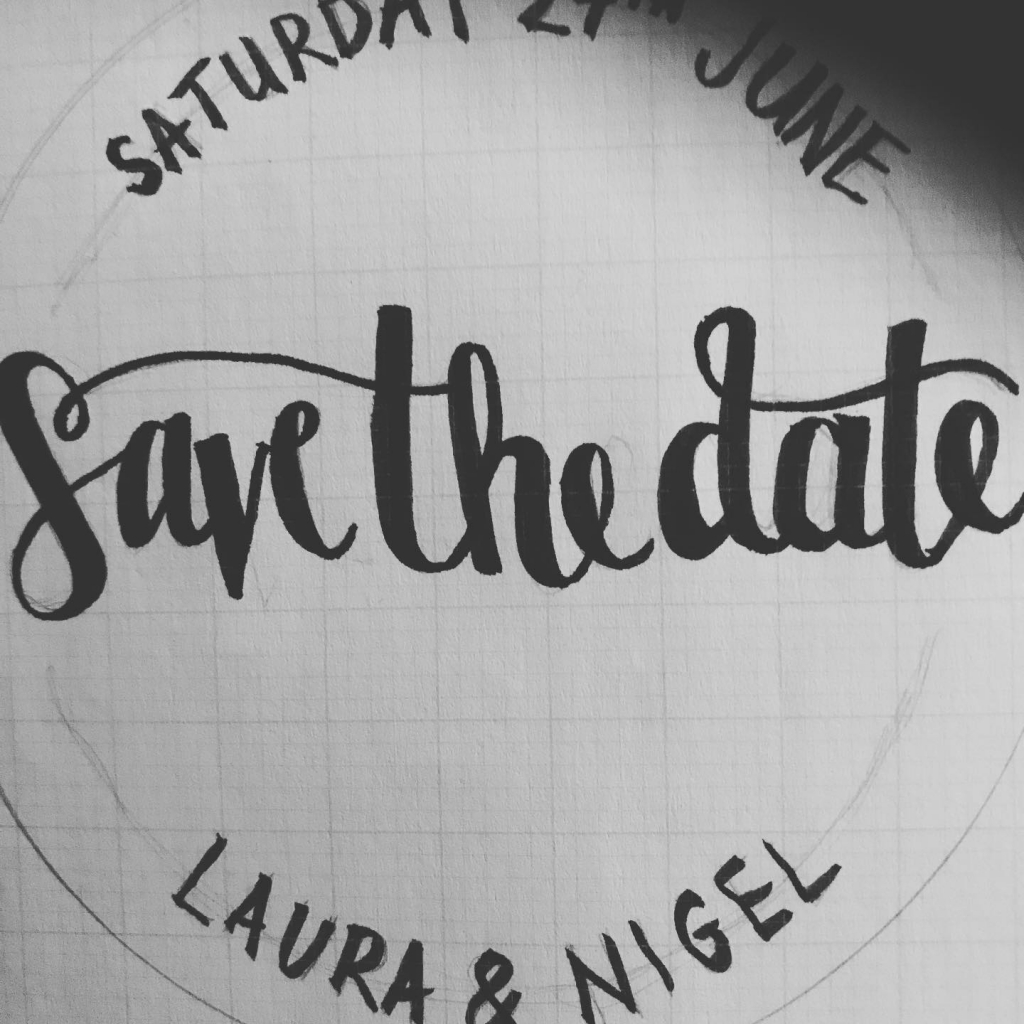 An idea for our Save the Dates… a little practice with the brush pens ready to get the final design done in the next week or so. Brush pens on grid paper.

Next week I am hoping to work with some different media… I have ordered a few different bits and pieces to use for some different ideas I’ve had – an attempt to get away from sketches on the grid paper! Watch this space…